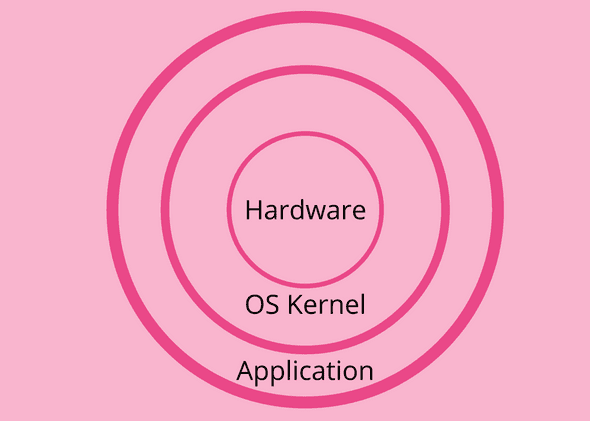 There are a large number of Linux OS flavors (Ubuntu, Debian, Alpine, etc). They all share the same Kernel layer i.e. the Linux Kernel remains the same. But each of them has a different file system and GUI because the implementation of the application layer is different.

A VM and a container are both virtualization tools but they virtualize different parts of the host OS.

Since the VM and container virtualize different parts of the OS, they differ on features like size, speed, and compatibility.