In a previous post, Building Software Better With Docker I introduced Docker, defined containers, and how it can improve the software development process. I wrote that post to provide a mental model for the concept of containers and motivate their use. Here I want to talk about the technicalities of containers. 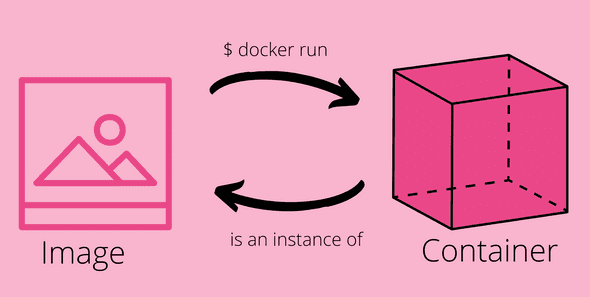 Conceptually an image is a stack of other images layered on top of each other, such that an image layer depends on the image layers below it. An individual layer is an ‘image’ and the whole stack of layers together is also an ‘image’.

The bottom-most image layer is called the base image. It is usually a small size Linux distribution OS like Alpine. The small size ensures the size of the overall image (possibly with additional layers added on top) remains small.

A container is the running OS environment created when its corresponding image is executed. But how is this running OS environment different from what a VM provides? I explore that difference here. In short, a container and a VM are both virtualization tools but they virtualize different parts of the OS. The advantages of using a container over a VM include smaller size and faster speed.

To use an OOP analogy, the image is to a container what a class is to an object (i.e. the instance at runtime). With Docker we can use the following command to start a container from a image named IMAGE.